The ancient city of Sialkot was once a flourishing agricultural area that was full of beautiful, green flowering trees, shrubs, flowers and crops especially wheat and rice.  The air was free from pollution and the skies were a clear blue. On bright days one could see the Kashmir Mountain peaks covered with snow.  The two rivers – Tavi and Chenab were life-giving for the surrounding environment and for fish.
With all this beauty, Sialkot has also become an industrial city.  As the growth of industry has increased around the world, Sialkot has been influenced by these effects.  Hence much cultivated land has been ruthlessly taken over for factories and residential areas.  This has caused much loss to the environment in many ways, including the uprooting of trees, less areas for cultivation, water polluted with chemicals and fresh air replaced by fog and bacteria, causing may diseases.
We, the Sisters of Jesus and Mary, who founded this school in 1856, have seen a drastic change over the years.  Inspired by our third Priority, Justice and Peace and the Integrity of Creation”, we have tried to animate our pupils to become more aware of this and begin a campaign to plant trees.  The pupils took this up enthusiastically by planting trees in their own homes and in the surrounding areas.  The school organized a “Tree Planting Day” and in addition, a parent donated thirty saplings to plant around the school.  This is an ongoing project and we plan to plant more trees in other areas of Sialkot this year.  May Sialkot once again, become a city free from pollution and gain its original beauty. 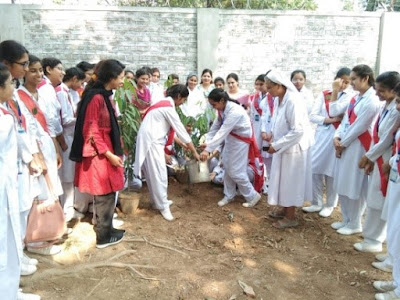 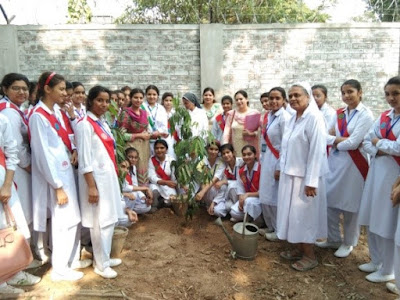 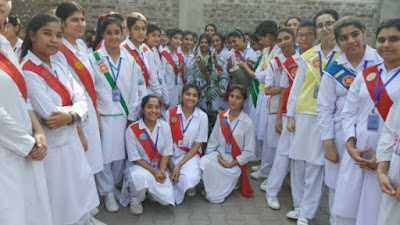 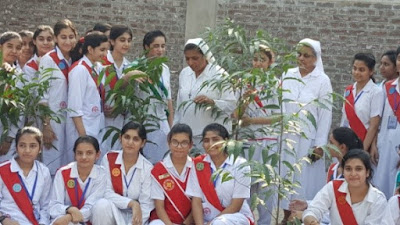